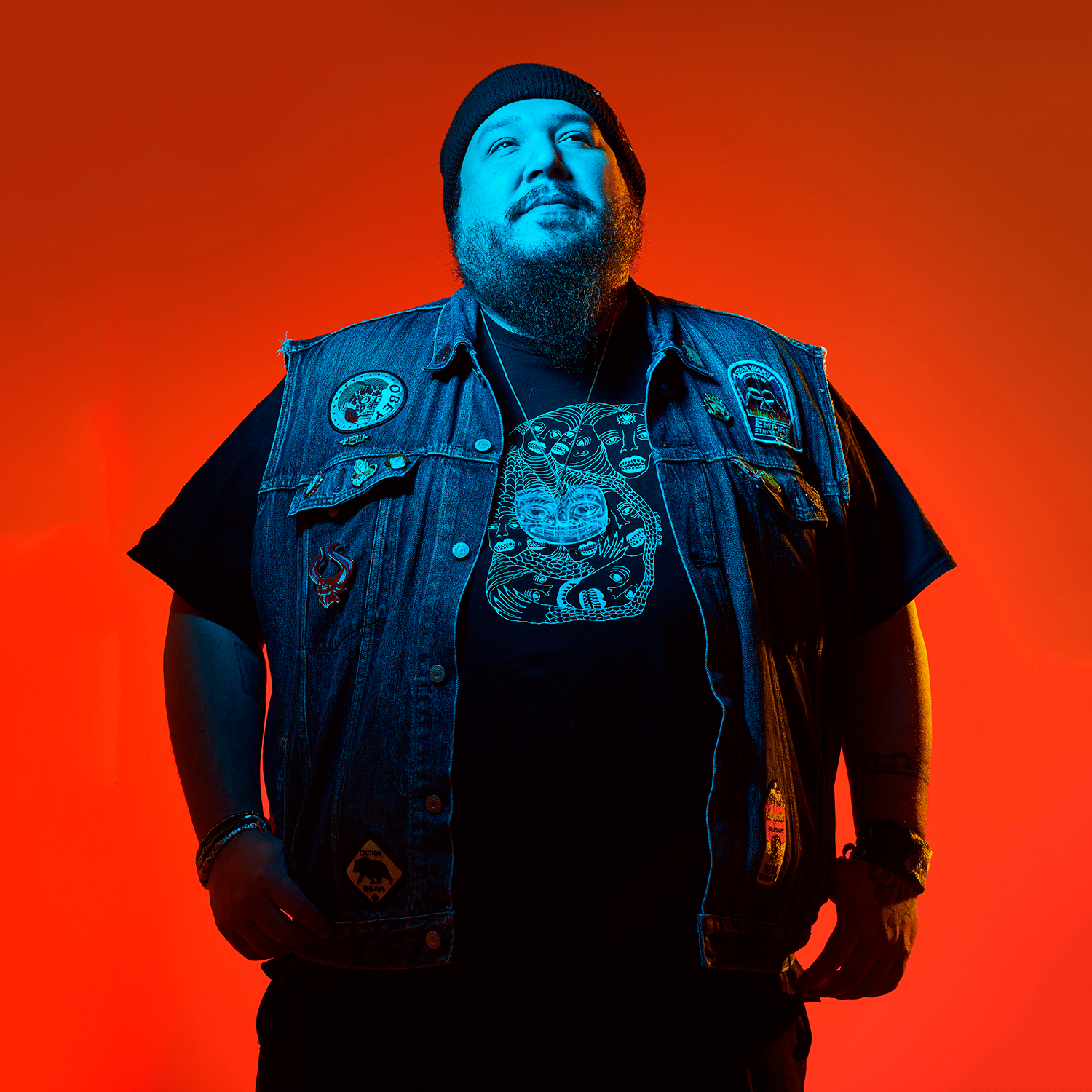 ALL EVENTS AT 918 BATHURST ST. EXCEPT WHERE NOTED. 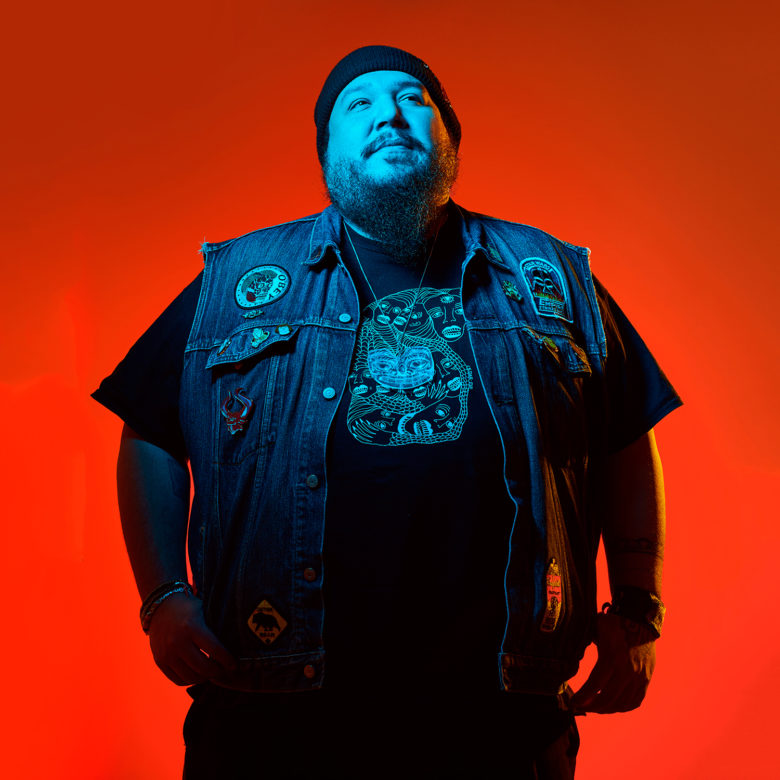 We are thrilled to welcome a special guest curator for this year’s X Avant Festival: Bear Witness of A Tribe Called Red. The festival theme draws on their internationally renowned album We Are The Halluci Nation.
“The Halluci Nation is the name of A Tribe Called Reds most recent album” says Bear “I am looking at this festival as an opportunity to extend the arms of (A Tribe Called Red’s) Halluci Nation to include some of the artists that I feel are already doing work in line with the its values. It is a future history given to inform the past. It is a rallying cry to all nations. We need to learn from things almost forgotten. We need to learn what it is to be human again and how to treat others as human.”

The music of the Halluci Nation is inherently experimental in constructing a coherent sensibility from diverse inspiration, much like previous X Avant themes like “Transculturalism”, “This Is Our Music” and “Expanding Circuits.” Artists such as Ziibiwan, See Monsters, and Lillian Allen have appeared in Music Gallery programming over the years and are reintroduced here in exciting new settings alongside contributors to the Halluci Nation album. Furthermore, Bear will collaborate with invited artists both visually and musically.

This festival will sound much different than previous X Avants, and its visual identity will be provided by multimedia artist Jax A Muse, with whom Tribe worked at our X Avant Festival in 2013.

This is an exciting chapter in X Avant history which presents its most Canada-wide lineup ever, its biggest production values, and the potential to connect more people than ever before at the Music Gallery’s new home at 918 Bathurst St. 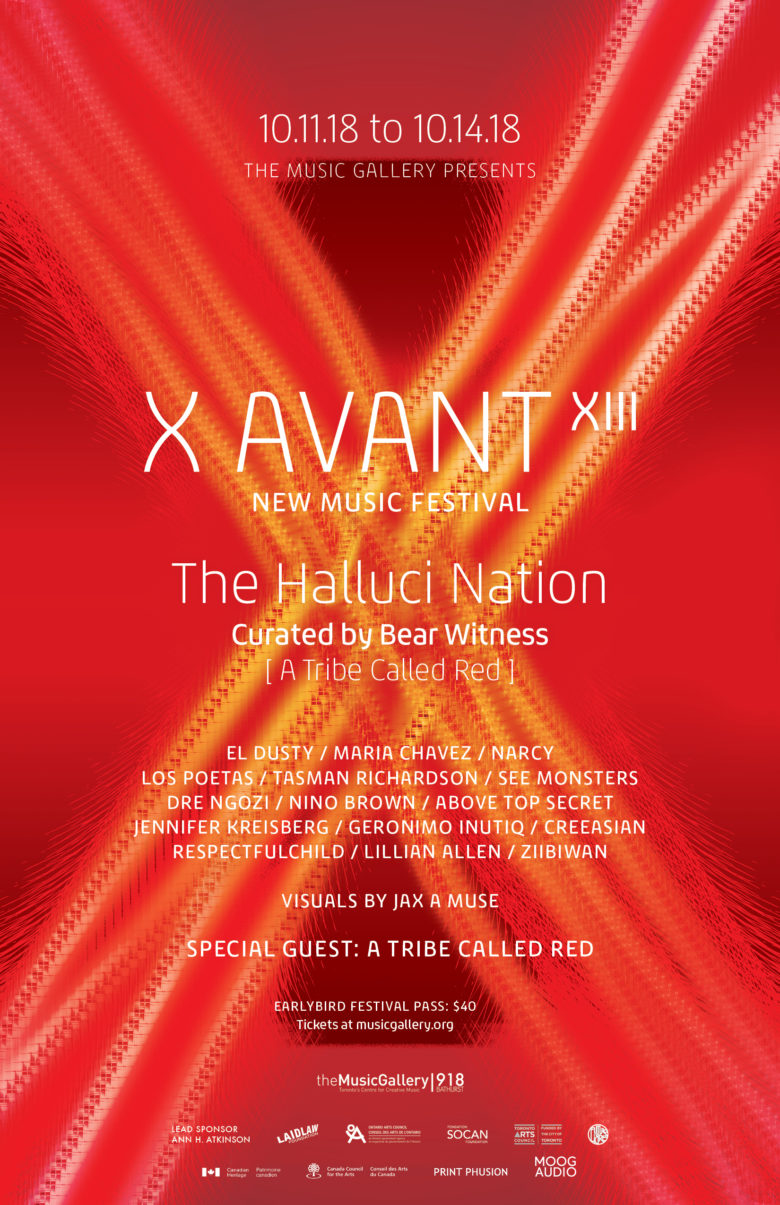