This festival centres on artists taking, or attempting to take, the next step in their work, career or practice. For some, “the next step” is a graduation to bigger ideas, longer tours and more money. In creative music, moving forward with art is associated with instrumental mastery and developing a personal musical vocabulary. Regardless of genre, all forward paths in music require an artist to dedicate mind, body and soul. Sometimes life challenges and structural inequities make it difficult or impossible to take the next step. There is no single way forward: twists, turns and dead ends await. We explore this theme with four headliners who present new work, plus two panel discussions.

Composer/percussionist Germaine Liu is one of Toronto’s most fascinating musicians. Whether coaxing rhythms from a drum kit, a bag of marbles or coffee mugs, her percussive sound world is wide open. Still Life is her most ambitious project to date: a 45-minute composition/sounding installation composed of a collection of objects found in Toronto activated by seven players (Syreeta Hector, Susanna Hood, Tia Kushniruk, Heather MacPhail, Sahara Morimoto and Germaine Liu). The goal of the performance is to create an opportunity to honour these found objects with an attempt to focus on the exchanges and negotiations of partnership between object and human. Rebecca Hennessy, Bea Labikova, Karen Ng and Heather Saumer need no introduction to Toronto’s improvising community, and this brass/horn ensemble makes its debut at X Avant by special request from Liu.

Lido Pimienta presents songs from the follow-up album to 2017’s Polaris Prize-winning La Papessa. Performing with horns, winds and a choir, this performance is a sneak peak into the world of Miss Colombia showcasing new works in their rawest form, the way they were intended to be performed when they were originally composed. Miss Colombia explores the simultaneous closeness and distance of Pimienta’s relationship to her homeland. Songs will be arranged by Halifax-based musician and composer Robert Drisdelle.

Opening is OKAN, who are featured on the Miss Colombia album. OKAN is led by Elizabeth Rodriguez and Magdelys Savigne, who fuse their Afro-Cuban roots with jazz, folk and global rhythms in songs about immigration, courage and love.

The exciting debut of an intergenerational collaboration between one of Toronto’s most iconic reggae elders and a grassroots electronic adventurer. New Chance, aka Victoria Cheong and Willi Williams (writer of “Armagideon Time” as covered by the Clash) create a new sound for your system with a project that grows from the roots forward into the future. Jamaica’s cultural has had a profound impact on Toronto over the past fifty years; this is, as the saying goes, “a new chapter of dub”. Holy Hum is the dark, atmospheric yet eclectic musicaof multidisciplinary artist Andrew Lee whose debut All My Bodies, was released last year. Both New Chance and Holy Hum are associated with Blue Crane Agency,

October 20: Sarah Hennies + Sound Of The Mountain with Toshimaru Nakamura and Tetuzi Akiyama CD release, supported by the Japan Foundation

Sarah Hennies, a composer/percussionist based in Ithaca, NY whose work is concerned with a variety of musical, sociopolitical, and psychological issues including queer & trans identity, love, intimacy and psychoacoustics. Following the worldwide acclaim of her documentary of trans peoples’ voices Contralto (2017) Hennies brings The Reinvention of Romance (2018) an epic 90-minute work for cello (Nick Storring) and percussion to Canada for the first time. Montreal’s Sound of the Mountain (aka Craig Pedersen and Elizabeth Millar) play amplified clarinet and trumpet and are joined by legendary improvisers from Japan, no-input mixing board player Toshimaru Nakamura and guitarist Tetuzi Akiyama for a Canadian tour supporting the release of their recording amplified clarinet & trumpet, guitars, nimb on Mystery & Wonder Records.

The Future of Creative Music in Toronto, October 19, 6PM – FREE, moderated by David Dacks, with Michael Rancic (NOW Magazine), Jessica Cho aka Korea Town Acid, Amanda Smith (FAWN Chamber Creative) and Rich Brown (Rinsethealgorithm, Jazzcast.ca). “Creative Music” is a term from the 1960s that has loomed large in the Music Gallery’s history to describe individuals striving to create original forms of music. What does creative music mean now and going forward in Toronto? What conditions need to be in place to allow artists to thrive? 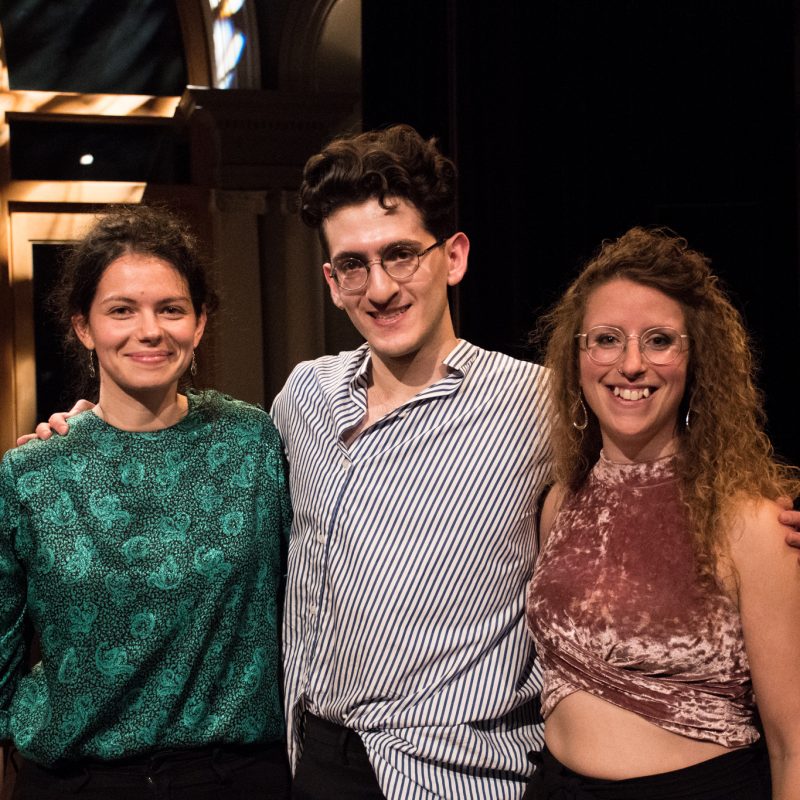 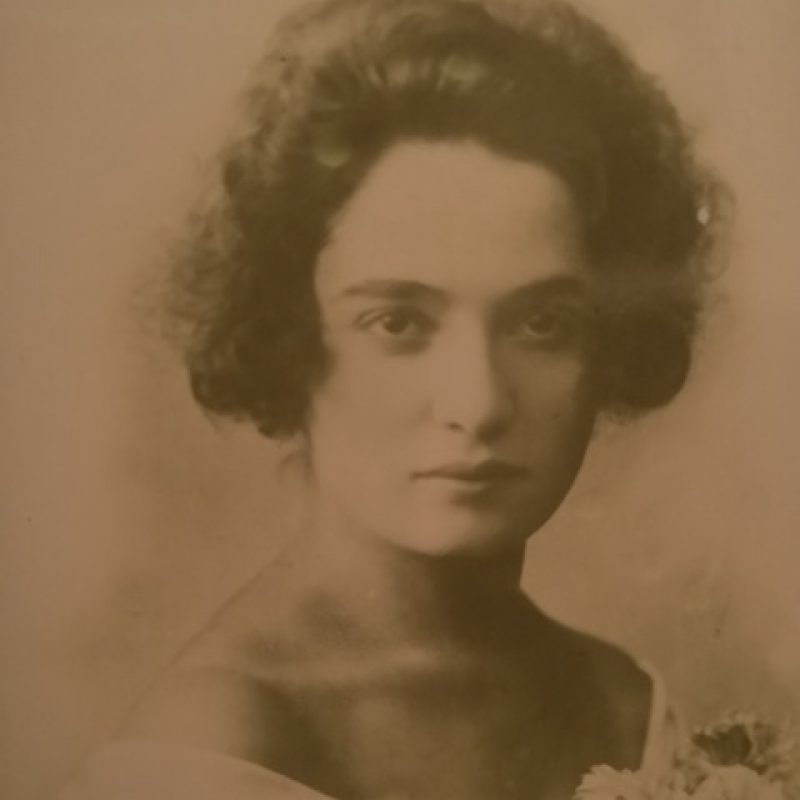 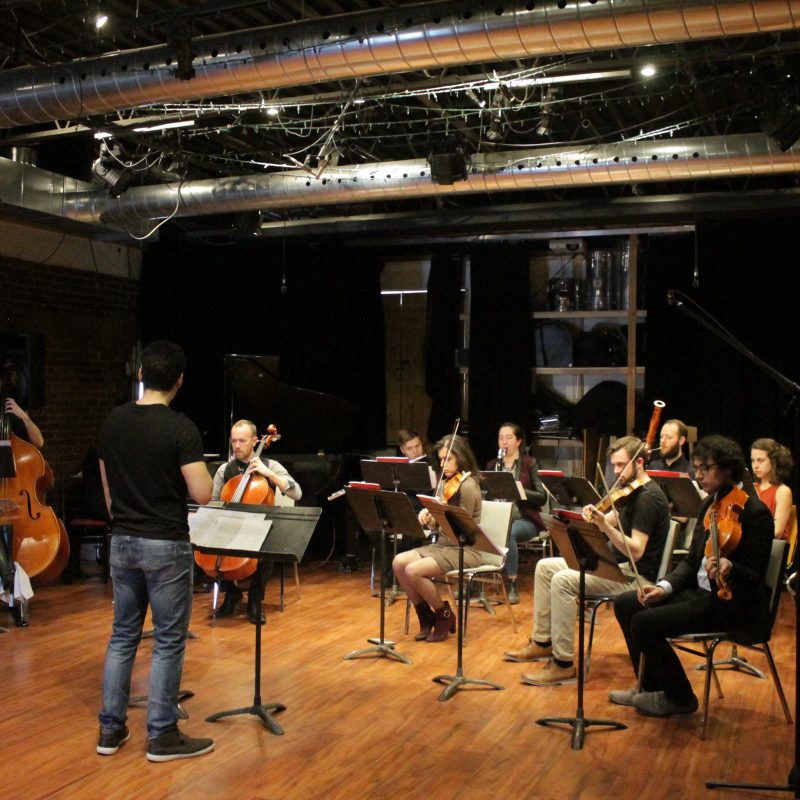 This event has passed.
Friday, February 28, 2020
8 PM
Open
All Events
The Music Gallery is a centre for exploration. We’re dedicated to uplifting, amplifying and celebrating the stories and sounds of our city and beyond.