Press Release: The Music Gallery Announces The Second Half Of Its 2017-18 Season 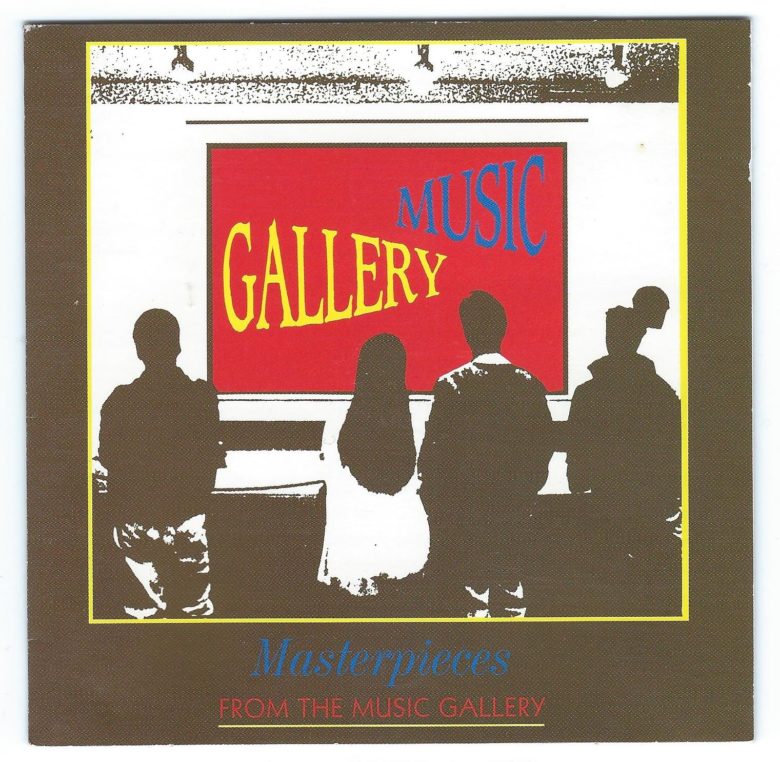 Now firmly ensconced in its new home at 918 Bathurst St. while still venturing beyond in every way, The Music Gallery is proud to present the second half of its 2017-18 season. The next six months will be a whirlwind of activity.

As usual, expect a stimulating mix of innovative music which draws from myriad influences past, present and future which embodies the Music Gallery’s role as Toronto’s Centre For Creative Music.

Remember the 90s? We’re having trouble because our records from the important era related to our 179 Richmond St. W. location is pretty scant. This is a call for the 90s MG heads to come down to our new home at 918 with posters, flyers, photos and whatever else so that we can scan & record them. Our archives thank you!

Language connects us to our identity, to our past, to our future, and to each other. There is a movement within Indigenous communities across Turtle Island to learn, preserve, and practise traditional language for generations to come. Mother Tongue, the first event of its kind, features a range of works from Grammy award-winning established musicians, to emerging artists, all of whom are working to revitalize their mother tongue.

For an artist well-versed in compositional techniques (music was, after all, her first creative medium), Ono plays with the strictness of musical scoring by visualizing the out-of-control female voice pushed to its supposed limits. In support of the Gardiner Museum’s exhibition Yoko Ono: THE RIVERBED, this intimate concert presents three local artists exploring the influence of Ono’s instructions.

A duo of duos, both Duo Holz and VC2 are among the busiest new music dyads working in Toronto today.

Featuring six new works based on poetry by Iranian dissident Simin Behbahani (1927-2014) from the collection “A Cup of Sin.” performed by Marie-Annick Béliveau, mezzo-soprano and Tim Brady’s Instruments of Happiness (electric guitar quartet).

Montreal guitar/oud player Sam Shalabi premieres a new work with his large Land of Kush orchestra (featuring members of Godspeed! You Black Emperor, Set Fire To Flames and many others) for the first time in five years. Two special guests join the band from Egypt: Nadah El Shazly (whose debut album is on Bancamp’s top 100 albums of the year) and Maurice Louca. This is Land Of Kush’s first show outside Quebec and it takes place in the spectcular auditorium of the Aga Khan Museum.

Guitarist, composer and community organizer Ken Aldcroft has been fondly remembered by improvisers in Toronto old and young since his untimely death in 2016. This edition of Emergetnsaxophonist and member of Ken’s Convergence Ensemble Karen Ng has been sorting through his music in the hopes of cataloging it all. Ken’s “pan-idiomatic” compositional style was all his own and both bands and students expanded their personal vocabularies upon coming into contact with it.

In this session, Artistic Director David Dacks will talk to journalists past and present about the challenges and joys of trying to describe abstract music. Panelists for this event are Mark Miller (Globe and Mail), Carl Wilson (Slate, The Guardian, Globe and Mail), Katie Jensen (Polaris Music Prize podcast, IMPSTR), Jennie Punter (Musicworks, Toronto Star) and Jerry Pratt (Exclaim)

The amazing Eve Egoyan releases a new CD of Maria de Alvear’s masterwork “De Puro Amor/En Amor Duro”, which had its premiere at the Music Gallery more than 20 years ago. This is our only core show at the Church of St. George The Martyr this season. Prior to the show, journalist Mary Dickie interviews former Artistic Director Jim Montgomery about his life and time as MG AD for nearly two decades.

John Butcher is a hero of modern improvisation – if you’re a Colin Stetson fan, you’ll find much to admire in Butcher’s playing. He joins us as guest of Quebec duo Not The Music. Opening are Lori Freedman (clarinets) and Nic Caloia (bass) as the Mercury Duo performing newly commissioned works.

Our final Emergents of the season is a journey through the cosmic rhythm tapestries of the Subtle Blend producer showcase/label. The showcase began in 2013 when founder Mario Anzola started a night to book local artists performing original material using electronic instruments in a live environment.  This is the fifth anniversary celebration of Subtle Blend and they offer a blend of three musical artists and a visualist whose talents overlap throughout the concert. Anzola’s programming has multigenerational significance: Pursuit Grooves provides a veteran presence in whose footsteps younger artists may follow.

As per Nakatani’s instructions, the Music Gallery curates an ensemble of local players to play his handmade gongs, bows and other instrumentation that travel with him from town to town. On the day of the concert, Nakatani conducts a specialized training workshop to these players in preparation for the performance. Players experience Nakatani’s unique point of view regarding gong techniques, and learn to work with the immersive vibrations of these special instruments. With as many as 14 gongs in play at any one time, the walls and ceiling of 918 Bathurst will shimmer with beautiful resonances and community feeling.